Wiring of the Brain 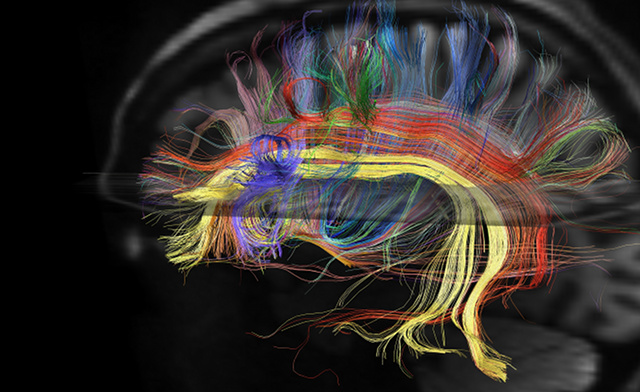 The biology of depression does indeed involve neurotransmitters but it also involves so much more. It is also how our neurons fire, what is communicating with what, and how the matter is organized and how much matter in terms of volume is there. Depression is not only a leading cause of disability worldwide, but it is prevalent and comorbid with so many other things. Individuals who struggle with Parkinson’s disease, eating disorders, cardiac disease, substance use, strokes, cancer, diabetes and HIV are also particularly more likely to have depression than those who do not have these ailments. Other risk factors for being affected by depression include a family history of depression and major life stressors.

Although for many, medication and therapy are quite helpful, there are many patients for which this is not sufficient. It is highly debated in terms of what defines “treatment resistant depression.” But some have argued that after someone has tried two antidepressants, at therapeutic doses and for at least 6 weeks, we are encroaching into this territory. The Star*D trial has shown after that, chances of remission can be as low as 16.2% with the next round of treatment. So who is at risk of having treatment resistant depression? Factors include:
-melancholic features
-no improvement at all over the course of treatment
-severity. Those with more subtle manifestations tend to have a more favorable prognosis than those with more pronounced symptoms.
-depressive episode duration. As depression continues, specific areas of the brain start to lose tissue. One such area is the hippocampus which can continue to further affect mood and our thinking capacity as well as memory.
-other associated diagnoses. Those who have anxiety in addition to depression as well as other psychiatric disorders may benefit from more comprehensive care to address all the ailments more completely. Personality disorders can also be a factor, especially borderline personality disorder and avoidant personality disorder.

Research has been done investigating how brain activity is spatially organized after a course of treatment. TMS therapy has already been shown to help enhance serotonin and dopamine levels. In one particular study, one group received medication only with the other had both medication and TMS therapy. Both groups clinically improved with treatment and both demonstrated changes in the spatial organization of how the neurons fired. But the TMS group had more robust cognitive and psychological changes secondary to how TMS activated the cortex which also affected activation of other areas of the cortex and subcortical areas that were connected to it.